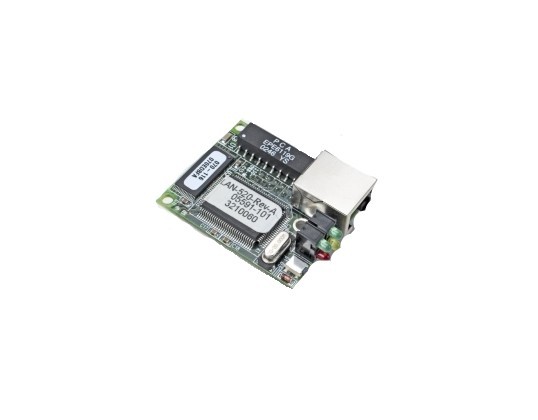 rovides flexibility in controller networking. Use existing Ethernet/LAN where cabling is difficult Span long distances while maintaining RS-485 network Ability to combine separate, physical sites into a single site for easier programming and management To offer customers using Keri’s Doors access control software more flexibility in managing multiple, remote, physical sites, Keri Systems is now offering enhanced networking capability. By using Keri’s LAN-520 LAN Port in combination with an NC-485 Network Converter, PXL-500 Tiger II Controllers, which are normally connected via a two-wire RS-485 network, can be connected via Ethernet to bridge long distances within a facility or campus, as well as across any distance where a LAN/WAN exists. This allows customers to combine what would normally be separate sites, each with their own RS-485 network, into a single site for better security management, whether across a corporate campus or across town.NC-485 - RS-485 Communication Over Ethernet Typically, access controllers within a building or group of buildings would be connected using an RS-485 network. If cabling to another building is cost-prohibitive or impossible, but an Ethernet backbone exists between them, the connection can be made by using the LAN-520 LAN Port and NC-485 Network Converter on network segment, which converts the RS-485 network data to an Ethernet packet, then back to RS-485 where the network can be continued. If the customer choses not to run any RS-485 networking, all controllers can be connected via TCP/IP to take advantage of the existing Ethernet LAN/WAN.